Business Owners want to Cash in BUT...

According to Mike Kramer, CEO of ManageHub: "Over 70% of businesses [in the U.S] have owners who are nearing retirement, and over 80% are not 'transaction-ready,' meaning they are unlikely to find a buyer." This is true for business owners around the world!

Here’s what BizBuySell.com – a noted business market on the Internet – tells us:

The statistics will be familiar to owners in Canada.

"People buy on emotion, not facts,” says Sigrid de Kaste. “So, we looked closely at the target markets and applied solid marketing strategies. The result…we’ve sold our companies for a healthy profit.”

Sigrid lives in Australia. I’m in Canada. And our collaborating partner – TPNI Engage – is headquartered in Boston. Together, we’re helping small business owners sell companies by leveraging their best assets, establishing systems, and finding their best buyer to close the deal.

Originally from Germany, Sigrid moved as a young woman to Australia where she ran several thriving operations over the years. She’s also tackled alliances in SE Asia, Hong Kong, and Europe.

The accomplished entrepreneur launched a jewellery store - without any experience - where she quickly doubled sales and profits. “My husband knew how to fix clocks, but I had to train as a gemologist after discovering my sales staff didn’t know anything about stones,” says Sigrid. She laughs while recalling, “I learned about fresh-water pearls, coloured stones, diamond recognition, and metal technology.” Then she trained the staff.

She sold the diamond jewelry store for double her investment three years later.  Next, Sigrid bought into the office supply industry business – something else she didn’t know anything about. So, the serial entrepreneur asked her accountant for ideas on how to make better margins from pencils and small office equipment.

“I paid $1600 to that accountant who gave me a benchmarking report with some graphs to look at. 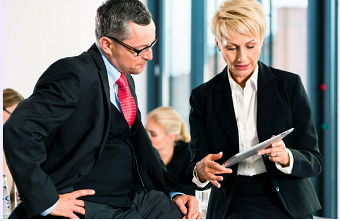 “That did not help, at all!” recalled Sigrid.  “I needed systems for my plan to improve the margins and prepare the company for sale.”  We know that established programs give a clear sense of how a business operates.  "If you aren't tracking and organizing your internal processes – in your way of doing things - how will the new owners know which steps to take once they take over?”

These are integral steps for any business owner baby business boomers to follow when they decide it’s time to find a buyer. Especially now when the markets have improved for an exit.

Knowing when it’s time to sell is another vital decision.

In my case, Sharon MacLean, I owned a magazine for business people with my late husband.   We launched special events, sponsorships, and international ventures with organizations in Europe, the U.S., and Mexico that wanted to nurture contacts in Canada. 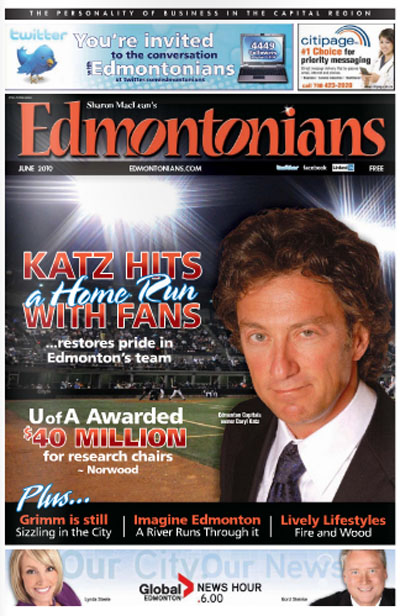 The magazine was positioned online during the early days of social media – Twitter, Facebook, and LinkedIn. The magic for me was in reaching new readers by publishing content by our thought-leading columnists and inspired photographers. Keeping up the database also was a priority – given knowledge from my direct response marketing days in the charitable sector.

The magazine sold at a time when traditional media outlets were growing broke around the world.  Of course, small business moves on a dime compared to multi-nationals which gave me an edge; the timing was prescient. Yet, the new owner was more interested in a popular event we hosted for young entrepreneurs than the magazine itself.

That’s another tip for selling a business. Sometimes, a buyer is searching for an opportunity other than the obvious. They may be looking for assets to leverage their own product lines.

The magazine sale also opened another door for me. An invitation came from investors to build an Internet portal with an international team for wellness experts. Those were lessons from the early days of online marketing that lend themselves to boomers who want to sell.?

Sigrid and I share a passion for helping others to see their dreams come true. Together, we have developed a simple-to-use program for business owners to find buyers ready to pursue their own visions of retirement or a second career.

Is this is YOU:

Then this is what we have for you: 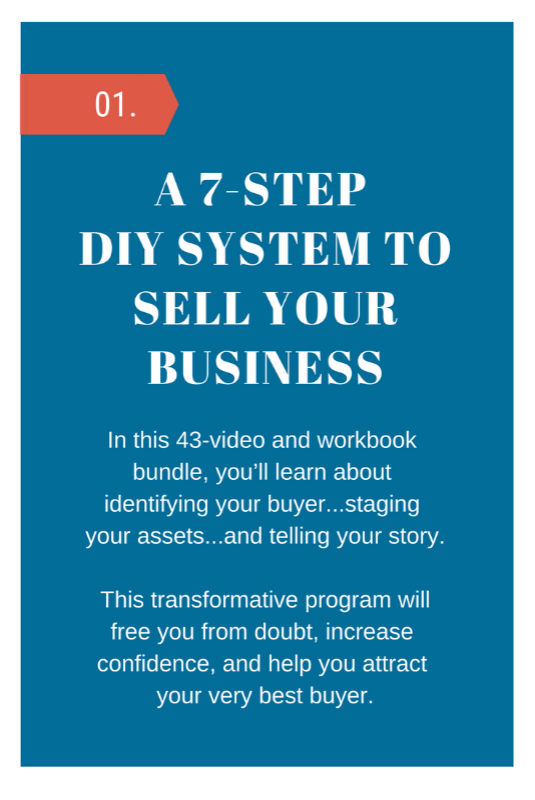 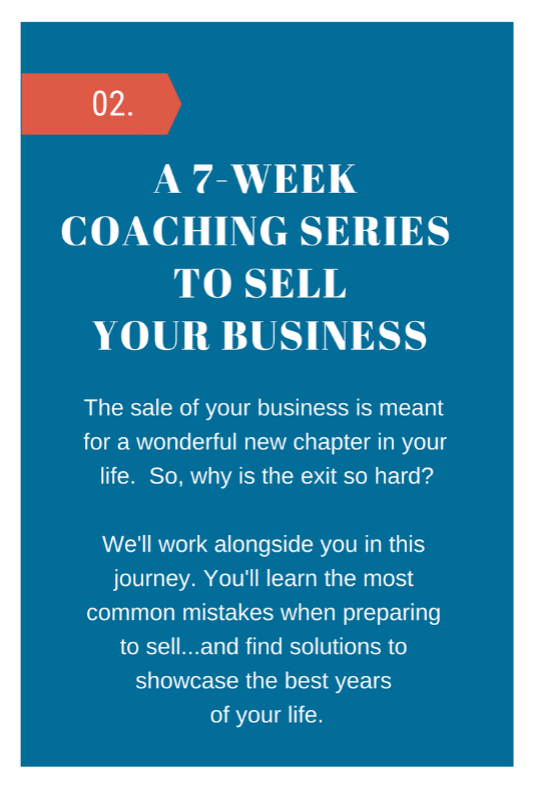 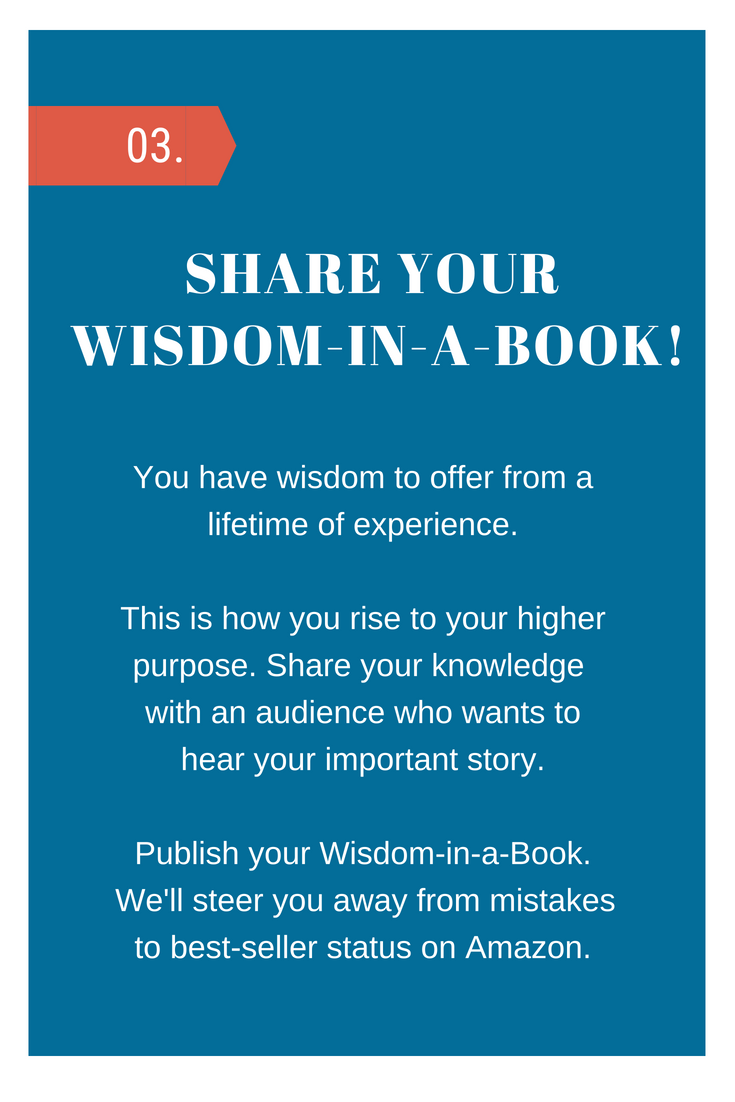 Do you have Questions? Here's a Series of Interviews: 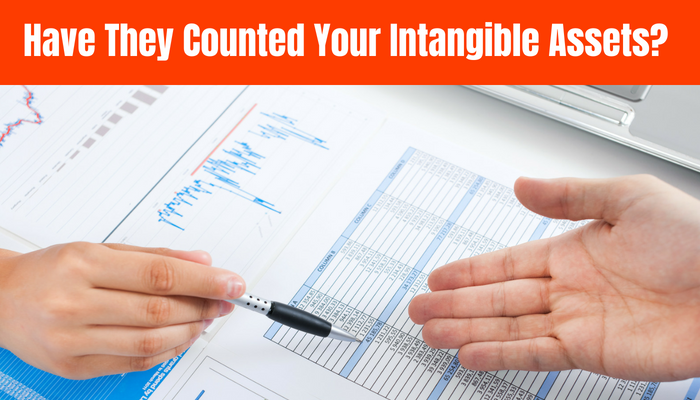 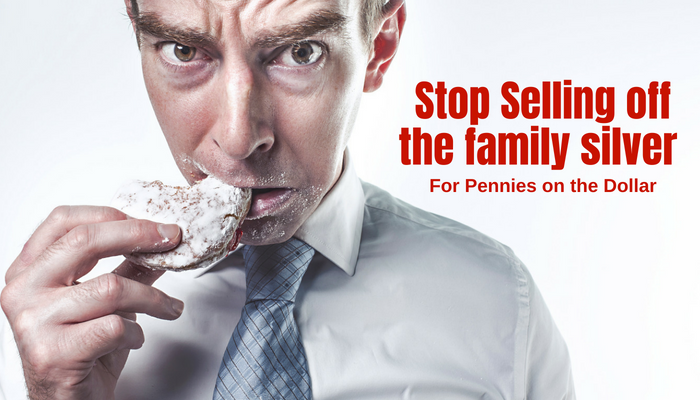 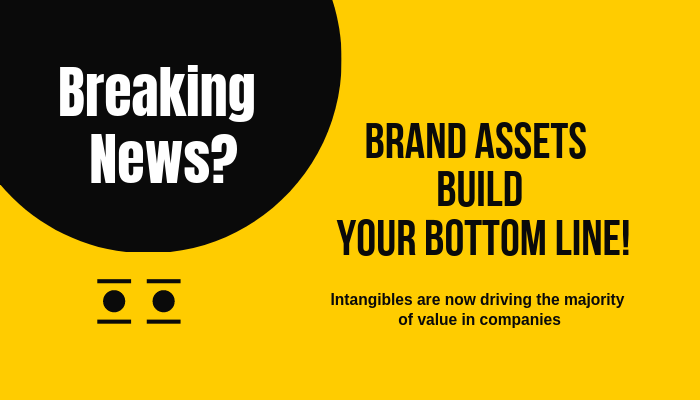